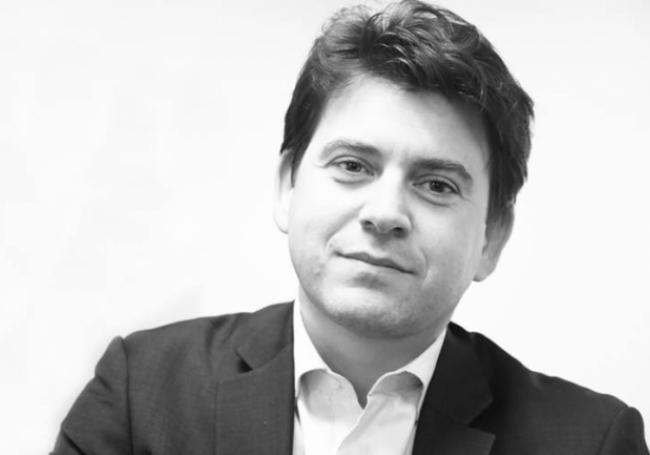 Sylvain Fort : “Letter to a Young Person Who Will Learn Neither Greek nor Latin”

Since 2017, Dr Sylvain Fort (born in 1972) is advisor to the French President, Emmanuel Macron. He is graduate of the École normale supérieure de Paris. In classics he obtained the “agrégation”, in German philology the doctorate (thesis on the influence of the French culture on the early dramas of Friedrich Schiller). Afterwards he engaged himself in different fields, e.g. in editing classical and contemporary texts which are in danger to be forgotten.

On 25th March 2015 – at that time François Hollande was still president – Fort wrote this open “Letter to a Young Person Who Will Learn Neither Greek nor Latin”. The French educational policy of that time had given reason to this letter: The pupils had no longer the possibility of learning Greek and Latin at school. The authorities created a new school subject: “Languages and Cultures of Antiquity”, integrated into the study of French! – Obviously alarmed at this policy Fort wrote this letter.

The wordplay at the beginning relates to the name of the new school subjects: EPI (Enseignements pratiques interdisciplinaires – “practical interdisciplinary studies”).

“… It is an EPI without the épines, the thorns, of rosa, rosam, rosae, since it is merely a matter of inculcating some cultural and etymological basics.

Thus, you will learn that republic comes from res publica, that the Romans had a Senate (yes, just like you), that in Athens, there were archons, un Areopagus, and an Academy (yes, just like you); that there were poets and emperors, of which a few names will be provided to satisfy your curiosity, that an automobile is half-Greek, half-Latin, and all these sorts of things. You will receive a little tour with signposts, from which you will retain about as much as a tourist retains of Paris after running around the city for 48 hours and which will succeed in convincing you that this past is decidedly past and that our present is the dashing heir of this doddering ancestor, antiquity.

If you are a little bit of a dreamer or an intellectual, you will imagine the plains of Troy, the waves engulfing the companions of Ulysses, Cicero hurling invective at Catiline from the podium, Seneca cutting open his veins…. But none of this will be offered to you in its original packaging: the Greek language and the Latin language. You will no longer have access to the complexity of grammar, to the subtleties of syntax, to the nuances of vocabulary that, in these ancient languages, reached the highest degree of refinement.

You will no longer feel the Ilissos flowing through the outcropping of words, cooling the feet of Socrates; you will no longer make the effort of decoding the cryptic words of Tacitus for hours on end, in order to then, finally, in a moment of enlightenment, grasp the powerful meaning contained in a few words; you will no longer hear the song hiding behind Homer’s dactyls; you will no longer perceive the enchanting music of the Aeneid behind the assonance of Virgil; you will not be able to lose yourself with delight in the balanced, fluid, and ingenious phrases of Lysias or Isocrates, nor be struck in the face by bronze periods of Cicero or the soft and seductive phrases of Pliny the Younger; you will no longer follow the conceptual frame of one of Plato’s dialogues, nor the tragic words of Seneca, weighed down by mourning; you will no longer have an ear for the hilarious onomatopoeia of Aristophanes, nor for the boastfulness of the characters of Plautus; the complaint of Antigone, in Sophocles’ sober and touching Greek, will for you be merely a vain tirade. Your eye will no longer decode the pediment of the temples nor even the most simple Latin sayings.

Not knowing the language, you will grasp some pieces of objective knowledge, but the spirit will elude you, the profound coherence will remain foreign to you. This blurred knowledge, this lost memory, will deprive you of the most direct link to Rabelais, who was imbued with Latin, and to Boileau, Racine, Corneille, and La Bruyère, who are constantly revolving around the classical paradigm; you will not grasp what is implicit in the thought of the revolutionaries of 1789, nor the sensibility of Rousseau, the reader of Plutarch; you will not quite see the point of Victor Hugo running on about Tacitus and Juvenal, in order to make fun of Napoleon III; you will remain deaf to the enchantment of symbolist poetry, enamoured, as it is, of Latin elegies; you will scratch your head when Camus speaks to you of Sysiphus, and Giraudoux of Electra, to say nothing of the Italian, English, Spanish, and German authors, who are all impregnated by Greek and Latin culture to this very day.

A right-wing obsession? Derrida, Vernant, Vidal-Naquet, Nicolet, Foucault, all of them left-wing intellectuals, wield Greek or Latin concepts and construct their thought in the mirror of antiquity. Elitism? It is only up to the all-powerful ministry to make mandatory what is optional, instead of eliminating everything that strikes it as extraneous to the ultimate ends of contemporary schooling: the pre-formatting of tertiary sector employees. The renewed success of ancient languages in recent years was there to bear witness to an expectation, a thirst to be quenched. The thirsty were free to drink. Nobody required them to do so, nor did anyone require the others to drink if they were not thirsty. Everything was fine.

But this was not to take into account those to whom our beautiful Res Publica assigned the task of preserving our heritage. Rest assured that they received it in good condition: It was delivered to them almost intact. But in less than thirty years, they squandered it and then judged it suitable for being tossed in the dustbin. Here you are, literally, disinherited. While depriving you of the wonders and joys that were your due, one tries to convince you that they were, as a whole, bitter and costly – as if the numerous unknowns that you come across in your math course did not exhibit some dubious charms. Rest assured, in making you blind and deaf to such delicacies, they are also taking care to make you dumb: They are filing down your teeth.

Dear Young Person, Why not stand up, with your canines showing, to scream in the faces of those irresponsible officials who are responsible for this: CAVE CANEM?